We are very lucky to have two wonderful patrons that are advocates and help us raise money and awareness for our charity.

It was brought to our attention that a figurehead as a
patron would be good for CWCF.

In our second newsletter we asked if anyone knew of
such a person. Our patron is a person who has a quarter of a million people
listening to him each day during the week, the wonderful- Neil Pringle.

Neil is the voice on BBC Sussex Radio and has supported CWCF since we started. He has put out various successful appeals for us on his show gaining us vital equipment, as well as promoting events that we have held. Neil has also drawn the crowds by appearing at a major fundraising events.

The public respects him and we are proud of the fact that he has enough
belief in what we do for him to put his name to our small group. 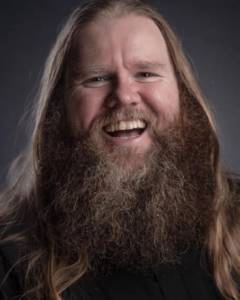 Greg was born in Eastbourne in 1976. He has always sought ways to entertain people and make them laugh, or sometimes cry. Greg now earns his living as a professional actor, presenter, host and MC. Over the last few years Greg’s roles have grown in visibility. He’s played Rubeus Hagrid for Warner Brothers, the evil Woodsman in Horror movie 13 Graves, the cuddly band member in the latest Haribo TV Commercial as well as bringing the magic of Yule to hundreds of children by portraying Santa.                                          Thank you Greg for joining the CWCF family.

Last year Children With Cancer Fund was lucky enough to have been invited to various events with the then High Sheriff of East Sussex, Juliet Smith JP DL.

During the time spent with her we realised what a truly lovely, caring and supportive person she is. As she went round talking to our families and having selfies taken with the children, we realised how much of an inspiration she was to them, as well as being knowledgeable and respected by many in East Sussex.

With tongue in cheek at one of the last events before she handed over the office to the new High Sheriff, we approached her and advised her that “instead of being bored when she retired from office” we would very much like to offer her a position as Patron to CWCF, just to ensure she avoided having nothing to do!

Instead of us being arrested and thrown into the tower, as expected, Juliet gave a lovely smile and said, “I would very much like to consider it’. Then a few week later we received a phone call from her telling us she had considered it and “YES please!” The Trustees were delighted.

Thank you, Juliet, for becoming part of the family.